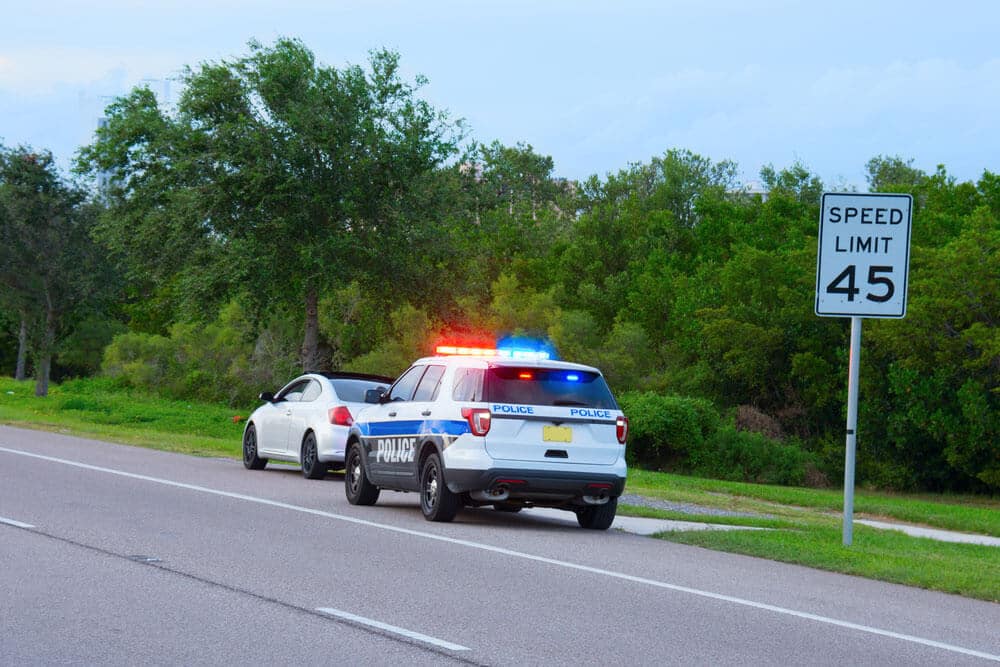 In an area like Florida, being without a car means you may have a hard time getting to work, taking the kids to school, and completing all the other things we all do every day. A conviction for a criminal traffic violation means that you will be unable to do these daily activities. Your insurance will go up, and you may lose your policy and driving privileges. All for something that may not have seemed like a big deal at the time.

If you have been charged with a criminal traffic violation in Florida, including driving under the influence, you have rights. You can fight the charges. An experienced criminal traffic lawyer will get the best results for your case, no matter the offense. At Weinstein Legal, criminal traffic attorney Matt Shafran will put his years of experience in the criminal justice system to work for you.

What Are Criminal Traffic Violations in Florida?

Check out the list below and see how many of these criminal traffic violations surprise you:

And then there are the obvious ones:

Regardless of which charge you receive, criminal traffic violations in Florida are serious charges that carry serious consequences. A conviction for these offenses can lead to revocation of your driver’s license, jail time, probation, community service, fines, civil penalties, and more.

Here’s a quick overview of what happens if you are charged and convicted of some of the more severe criminal traffic offenses.

DUI Laws in the State of Florida

Florida laws consider driving under the influence of alcohol, chemical substances, or a controlled substance a criminal driving offense. These charges can be proven by obvious impairment of normal functioning, a blood alcohol level test, or a breath alcohol level test.

If the results of these tests show a blood or breath alcohol level of .08 or above, you are considered impaired under the law. The penalties are generally guided by how many, if any, prior DUI offenses you have. Florida Statue 316.193 details the penalties for DUI offenses.

Should I Refuse to Take a Breath Test?

Some people think that by refusing the breathalyzer test, the prosecutor will not have evidence of their intoxication, and it will strengthen their case. However, you should be aware that Florida has an implied consent law that means that drivers must submit to a test if law enforcement has a reasonable suspicion that the driver is under the influence.

If you refuse, your driver’s license will be immediately suspended for at least a year. Speak to an experienced DUI lawyer from Weinstein Legal to discuss what the correct course of action for you is.

Knowingly Driving on a Suspended License, What Now?

When arrested or cited with driving with a suspended license, do not drive. This could lead to further, more serious charges. Contact Weinstein Legal and have our criminal traffic violations attorney go over your case.

Driving on public roads is considered a privilege, and you must have a valid driver’s license to do so. Many people feel that this is a minor offense, but if you are caught driving without a valid license, you risk getting a ticket or even being arrested. You could face a second-degree misdemeanor with a fine of up to $500 and 60 days of jail time.

If you are pulled over and your vehicle registration has been expired for more than six months, you may be charged with a second-degree misdemeanor. Possible penalties include a maximum fine of $500, jail time of up to 60 days, and six months probation.

In addition, you will have a criminal record, which can affect your chances of employment, increase your insurance rates, and add points to your license.

Reckless driving and its penalties are covered in Florida Statutes 316.192. In general, reckless driving means that your driving showed willful or wanton indifference or irreverence to the property and safety of others. These words signal intent, rather than just carelessness or negligence.

The penalties for reckless driving depend on prior offenses and if there was property damage or personal injury involved.

What Happens If I Leave the Scene of an Accident?

Leaving the scene of an accident is considered a hit and run, regardless of whether or not anyone was injured. If you leave the scene of an accident, the penalties depend upon the harm or damage caused. If the accident involved injury to another person, the violation is a third-degree felony. It could carry a maximum penalty of 5 years of jail time or 5 years of probation and a $5,000 fine.

If the accident caused a death, the offense is a first-degree felony, with penalties of no more than 30 years in prison and a fine of $10,000.

What If I Was Caught Racing on the Highway?

Racing on the highway, street racing, or drag racing is defined in Florida Statutes Section 316.191. The statute also lays out the penalties for this offense, which is considered a first-degree misdemeanor with penalties of a maximum of 1 year in jail, fines, revocation of driver’s license, possible vehicle impoundment, or forfeiture, and a criminal record.

What Constitutes Vehicular Manslaughter in Florida?

A vehicular homicide, often called vehicular manslaughter, is the killing of a person or an unborn child by injury to the mother, caused by the reckless driving of another (Florida Statute 782.071). It can be classified as a first-degree or second-degree felony, depending on the circumstances.

Careless Driving With a Fatality in Florida

While not a criminal charge, careless driving with a fatality is a very serious offense in the state of Florida and it is not one that is taken likely by the courts. Careless driving is defined as an individual operating any motor vehicle or bicycle without concern for proper traffic rules. It is considered a civil infraction, however, the State’s Attorney Office will review each case independently to determine whether or not it should be tried criminally.

Should you be charged criminally you face possible jail time, license suspension, and hefty fines.

If the case remains a civil charge it will still result in lofty fines, as well as points on your driver’s license. Since there is the possibility that careless driving with a fatality may become a criminal case, even resulting in a charge for vehicular manslaughter, it is imperative that you hire a defense attorney to represent you in court.

If you break the law while driving and are caught, you may be charged with a moving violation or a criminal traffic violation. A moving violation includes speeding, running a red light, and running a stop sign. You may get one or more of the following: a ticket, a fine, and have points added to your license.

If you are charged with a criminal traffic violation in Florida, it gets real serious, real fast. The charge may be a misdemeanor or a felony. If convicted, you will end up with a criminal record, hefty fines, and possible loss of your driver’s license. Don’t wait to call Weinstein Legal at one of our three Florida locations:

Innocent people are charged with criminal traffic violations in Florida every day. And regardless of the charges, remember that you are considered innocent in the eyes of the law until proven guilty.

If you or a loved one has been charged with a traffic crime, it is important that you maintain your innocence. You have the right to remain silent, and you should exercise that right until you have spoken with a criminal defense lawyer. Get in touch with a criminal traffic lawyer near you as soon as possible. Matt Shafran and the Weinstein Legal team are ready to aggressively defend your rights and your freedom.