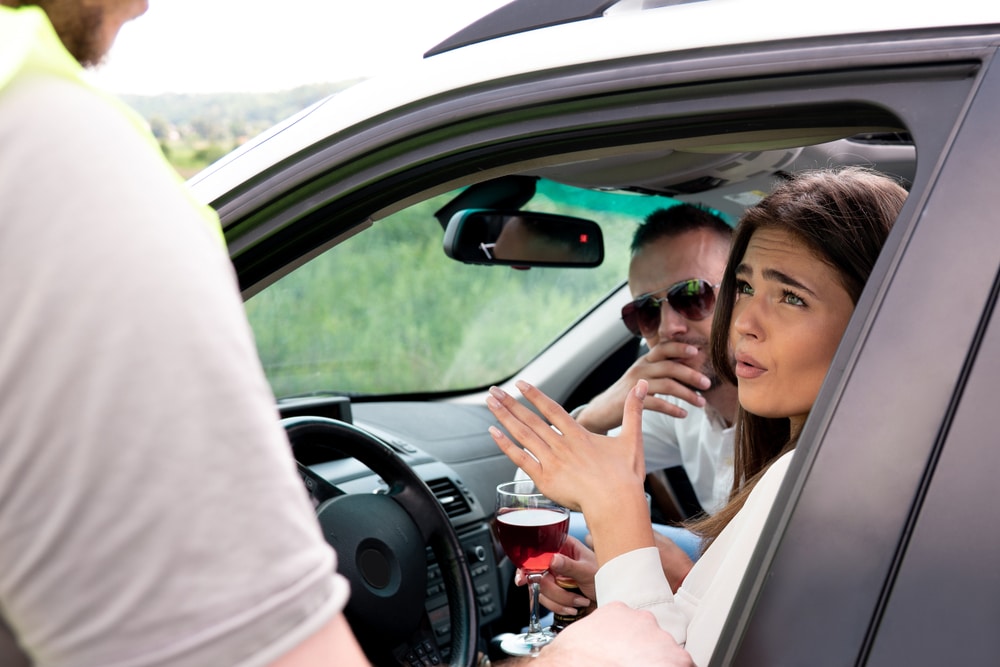 Here at Weinstein Legal, we want you to understand your rights. Keep reading to learn when you are legally required to submit to a blood, breath, or urine test, the possible consequences of refusing to do so, and how an experienced DUI attorney can help you with a DUI refusal charge in Florida.

When you are facing DUI refusal charges in Florida, seek the legal assistance of a criminal defense attorney immediately.

Motorists in Florida are subject to the Implied Consent law, which is explained in Florida Statute 316.1932. This law governs when and how the police are allowed to request and administer tests to determine a person’s blood alcohol concentration. This includes breath, urine, and blood tests. It also governs how the police can detect that someone is under the influence of chemical or controlled substances.

Florida Statute 316.1932 reads as follows: “Any person who accepts the privilege extended by the laws of this state of operating a motor vehicle within this state is, by so operating such vehicle, deemed to have given his or her consent to submit to an approved chemical test or physical test including, but not limited to, an infrared light test of his or her breath for the purpose of determining the alcoholic content of his or her blood or breath if the person is lawfully arrested for any offense allegedly committed while the person was driving or was in actual physical control of a motor vehicle while under the influence of alcoholic beverages.”

What does this mean, anyway? Essentially, by accepting the privilege of driving in the state of Florida, you have agreed to submit to approved testing for the presence of alcohol or drugs by law enforcement during a DUI investigation/lawful arrest. It’s important to remember you aren’t just consenting to submit to a breath test. You’re also consenting to blood tests for alcohol and urine tests for drugs. If you refuse to submit to these tests, you are subject to penalties. There is one notable exception: you are not required to submit to a blood, breath, or urine test if it is impractical or impossible. This exception would apply in a scenario where the driver is severely injured, hospitalized, or otherwise unconscious.

Penalties for DUI Refusal in Florida

What happens if you refuse to submit to a lawful test by law enforcement? There are several different penalties. Doing so may result in a one-year suspension of your driver’s license.

Things get a bit more complicated if you’ve had your license suspended in the past for DUI refusal. In this scenario, you could have your license suspended for 18 months. You could also be subjected to criminal penalties as a second DUI refusal is a misdemeanor. These penalties would be separate from the DUI trial. Refusal can serve as evidence in your DUI trial as well. While some drivers refuse to submit to a test as a means of covering up the fact they are under the influence, prosecutors often use the refusal to argue that the driver was attempting to conceal his or her impairment.

If you receive criminal charges, you may face up to $1,000 in fines and up to a year in prison.

In some cases, you may be eligible for a temporary restricted license. You will be required to complete a DUI substance abuse education course and evaluation. This license would only allow you to drive for work or school. You may also be required to use an ignition interlock device (IID). These breathalyzers require you to blow into the device’s mouthpiece and register a blood-alcohol concentration below the programmed limit before the vehicle can be operated.

Keep in mind that law enforcement is not allowed to pull you over for no reason. They also can’t subject you to random tests. Instead, they must have reasonable cause to believe that you were operating the vehicle while under the influence and that the test is incidental to a lawful arrest.

Law enforcement in Florida is also required to inform you that your driver’s license will be suspended if you refuse to submit to the test. They must also tell you how long it will be suspended and that refusal can be used against you in criminal proceedings. These are the proper and lawful procedures. They apply to chemical tests of your blood, breath, and urine.

What are possible legal defense options if you are charged with a DUI refusal? First, know that an experienced DUI attorney can help you achieve the most favorable outcome. There are many options available, but they require a committed, proficient DUI attorney.

Just because you have been arrested and charged with a DUI refusal does not mean you will be convicted of the offense. The State has the burden of proof to convict you of the offense, and you have the right to have a judge hear and rule on your case impartially. Only the judge can come to the ultimate ruling on your case, but a skilled, experienced DUI attorney can help argue your case and present the evidence in the most favorable light.

Entering a guilty plea for a DUI refusal will open you up to several serious consequences, including the suspension or loss of your driver’s license, fines, and criminal charges. Your attorney can argue that your rights were violated or you had a lawful reason for not submitting to the test and have your charges dismissed or dropped.

Weinstein Legal has three offices in Central Florida and South Florida for your convenience:

Hiring an Attorney for a DUI Refusal Charge

Have you or a loved one been charged with a DUI refusal in the state of Florida? Know that you have options. At Weinstein Legal, we’ve helped numerous clients in similar positions get back on their feet and have their charges reduced or dropped altogether. Our team of experienced DUI attorneys is ready to review your case and discuss the best course of action with you. To schedule an appointment with a Weinstein Legal attorney for a DUI Refusal charge in Florida, contact us today.