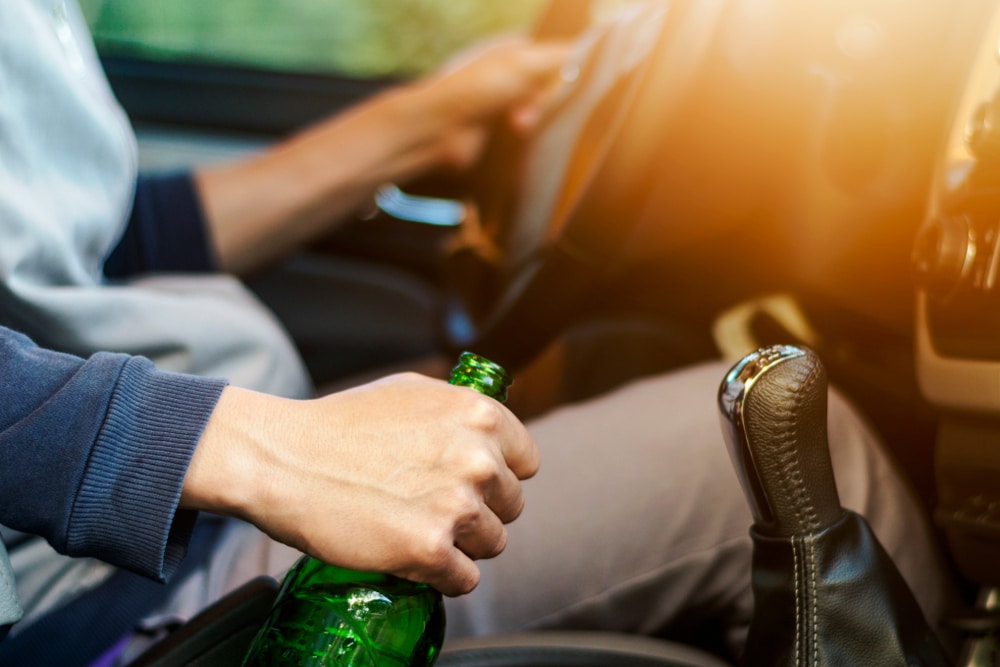 For many Florida drivers, a DUI is their first arrest of any kind, but even if you haven’t been arrested before, it’s essential that you take your DUI arrest seriously. Even a single DUI conviction with no aggravating circumstances could lead to jail time, probation, fines, the loss of your driving privileges, community service, and mandatory alcohol and/or drug courses.

Matt Shafran of Weinstein Legal is an experienced Florida DUI attorney with a proven track record. He will review the prosecutorial case against you and prepare a solid legal defense. If you’ve been charged with DUI in Orange, Broward, or Palm Beach counties, call Weinstein Legal before it’s too late.

Penalties for a First-Time DUI

The penalties for a first-time DUI can vary, depending on the circumstances of your arrest. In the state of Florida, if you are in control of a vehicle with a blood alcohol concentration over .08, you are considered to be driving under the influence. It’s important to note that you don’t have to be driving at the time you’re charged for it to be a valid arrest. Sitting in the driver’s seat of a running vehicle is sufficient for the police to charge you. Assuming that there were no aggravating factors, the maximum penalties for first-time DUI offense are:

How a DUI Investigation Works

In order for the state attorney to successfully prosecute a DUI arrest, the police must follow an exacting set of protocols. Any deviation can result in a reduction of charges or an outright dismissal.

Probable Cause for the Initial Stop

The police must have a legally valid reason to stop your car. These are some of the common justifications that South Florida law enforcement officers use to initiate a DUI investigation:

If the arresting officer is unable to articulate their reason for the stop, any evidence obtained afterward is inadmissible.

The investigating officer must document any physical signs indicating intoxication. These can include red eyes, puffy skin, unsteady balance, lack of fine motor skills, the odor of an alcoholic beverage, slurred speech, etc.

As part of their investigation, the officer can request for you to perform voluntary roadside exercises. This part of the investigation is usually recorded on video. The officer must explain and demonstrate each exercise before asking you to perform them. All exercises should be completed on a clear, flat, well-lit surface. In the state of Florida, police officers use the following exercises to establish intoxication:

It’s important to note that performing voluntary field sobriety exercises is never to your advantage. These tests are difficult even when the subject hasn’t been drinking, and it provides further evidence for the prosecution.

At this point, the officer must make a decision on whether or not to arrest you for DUI before continuing with their investigation. If they arrest you, they do not have to read you the Miranda Warning unless they intend to ask you questions. They will, however, read you the implied consent warning. This is a reminder that when you received your driver’s license, you agreed to provide law enforcement with a breath sample, urine sample, or both upon request.

At this point, you have a decision to make. If you give a breath test, and it exceeds the legal limit of .08, your license will be suspended for six months. If you refuse to provide a breath test, your license will be suspended for a year, but the DUI case against you will be much weaker without the evidence. Urine is usually reserved for situations where the investigating officer believes that you’re driving under the influence of drugs.

If you agree to provide a breath test, the officer will transport you to the police station or a Blood Alcohol Testing Center. They will observe you for a period of 20 minutes and then administer the test two times. If you’re over the .08 legal limit, they will seize your license and issue you an administrative citation, which will serve as a temporary driver’s license. You can schedule an administrative hearing to try to get your license back or to ask for a hardship exception, which will allow you to drive to work or school.

Defenses Against a First DUI Offense

The good news for you as a defendant is that DUI cases are extraordinarily complicated, which means that there are many opportunities for a seasoned DUI attorney like Matt Shafran to find weaknesses in the prosecutorial case. Here are some of the more common legal defenses that Florida defense attorneys, like attorney Shafran, can use to beat a first-time DUI case:

One of the most common errors that officers make is not properly articulating their probable cause for a stop. If the reason for the stop is not legally valid, any evidence gathered afterward becomes fruit of the poisonous tree.

In many cases, the subject refuses to perform roadside exercises and will not provide a breath or urine sample, which means that the entire case hinges on what the investigating officer observed. In many instances, the courts side with the defendants.

DUI investigation procedures are very specific. If the officer makes a procedural error, it can invalidate the evidence they gathered. This can be sufficient to have the case dismissed.

Someone must be able to say they observed the driver behind the wheel of the car — an officer, a passenger, a passer-by, etc. This is particularly important in DUI cases with property damage. Without the wheel witness, the case can be difficult to prove, and a skilled DUI with property damage attorney can exploit this flaw in the case.

Being arrested for a DUI can be an intense and confusing experience — particularly because you may have been intoxicated at the time the officer was explaining your charges to you. These are some of the most common questions DUI clients have asked attorney Shafran.

How Much Does a First-Time DUI Cost?

The average cost of a first-time DUI in Florida is around $3,500, but the impact on your life can make the financial costs seem inconsequential. With a second DUI in Florida, the fines and potential jail time are even greater.

Will I Have Jail Time From a First-Offense DUI?

If you’re convicted of a first-offense DUI, you could be sentenced to up to six months in county jail. If you have an otherwise clean record and a good criminal defense attorney, however, jail time is unlikely. You will, of course, receive penalties if you’re convicted, and jail is a possibility.

Do I Need a DUI Lawyer for a First DUI?

Not only should you retain a private criminal defense attorney for a first-time DUI, but you should also do it as early as possible. Your driver’s license hearing must occur within 15 days of your arrest, so things will begin happening fast. The earlier you get a professional attorney on your side, the better your chances are.

We have office locations in three major cities:

Attorney Matt Shafran has successfully handled hundreds of DUI cases in the South Florida and Central Florida areas. He has an unparalleled track record when it comes to DUI defense. If you’ve been arrested for DUI, contact attorney Shafran of Weinstein Legal today!