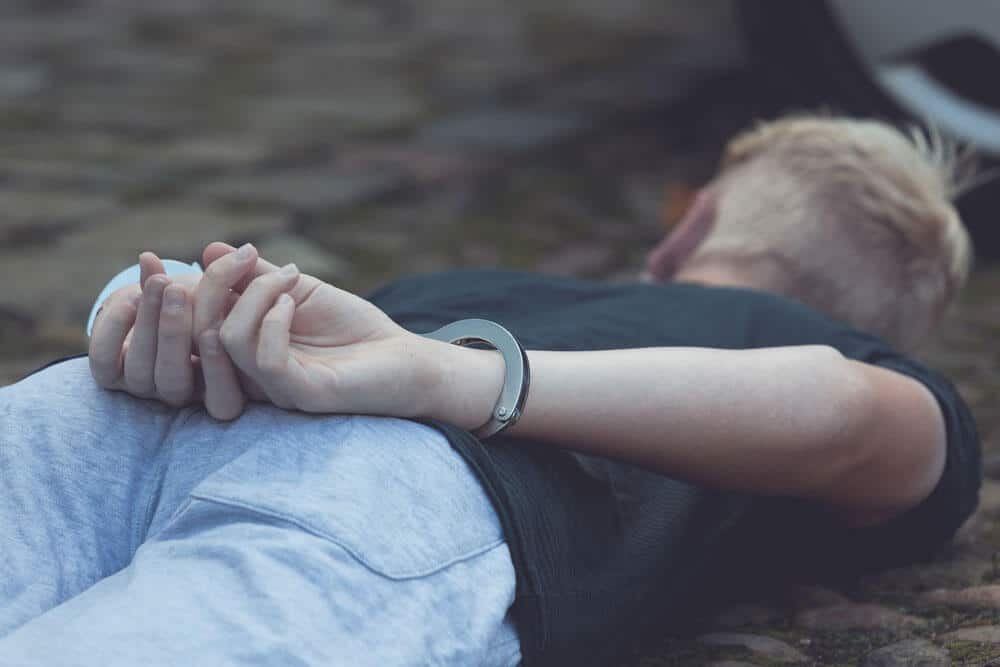 If your child has been arrested on criminal charges, it is imperative that you hire a juvenile criminal defense attorney immediately. Without a juvenile defense lawyer, your child faces harsh sentencing in a court of law that could impact their life for years to come. Do not take the chance of letting a public defender represent your child. You need a legal team, such as Weinstein Legal, that will take the time to get to know both your child and family and fight aggressively for their rights in family court.

Whether your child has been arrested for stealing, vandalism, assault, burglary, drug charges, gun charges, battery, robbery, or other charges, the consequences can be steep. A court may even decide to try them as an adult, in which case the penalties will be even more severe.

Do not allow this to happen to your child. An experienced juvenile law attorney will build a defense for the best outcome.

If you or your child has been charged for a juvenile crime, seek the advice of a defense attorney immediately. Your consultation is FREE. Call (954) 845-0505 now to speak with an attorney.

Can a Minor Hire a Lawyer?

A person under the age of 18 cannot legally enter into a binding contract with an attorney. For this reason, a parent or legal guardian must seek such representation. If this is not done, the courts must provide your minor with a public defender. However, you are not likely to receive the same quality of representation as with a private juvenile criminal lawyer.

Do not leave your child’s future in the hands of a public defender. Contact an experienced defense attorney who will take the time to put together the best possible defense for your child and fight to keep them out of a detention center and prevent probation. Weinstein Legal will do precisely that.

Who Is Considered a Juvenile?

A juvenile is any individual under the age of 18. Even if you or your child will soon be 18 but is arrested before that date, the arrest will be considered a juvenile crime. However, a court can decide to try a juvenile as an adult in some instances.

When Can a Juvenile be Tried as an Adult in Florida?

In the state of Florida, any minor over the age of 14 can be charged as an adult if they are accused of certain crimes. If the minor has committed a particularly severe crime, it is common for prosecutors to try this route. However, there is a set list of crimes to which these legal proceedings apply.

Crimes where a minor aged 14 or older may be charged as an adult include:

If your child is over the age of 16, they may be tried as an adult for any felony charge.

The Florida justice system is designed to rehabilitate juveniles, rather than incarcerate them in a detention center or punish them with probation. For this reason, it is crucial to hire a juvenile criminal lawyer in their defense. An experienced lawyer will know how to keep your child’s case in juvenile court, instead of allowing them to be charged as an adult.

As some of these crimes may be considered felonies, you must hire a lawyer who is well versed in juvenile defense to protect your child in family court.

What Is a Juvenile Delinquent?

If your child is considered to be a juvenile delinquent, it is even more vital that you hire the best possible juvenile criminal defense attorney. Judges rarely go lightly on repeat offenders, and the consequences for juvenile delinquents can be much steeper than they would for a child who has never committed a crime previously.

Can Parents Be Held Responsible for a Child’s Crime?

There are certain circumstances where a parent or guardian may be held responsible for a child’s crime. In the state of Florida, under statute 322.09, parents and guardians are legally responsible for any injuries to persons or property their child causes with a vehicle. The damage or injury must be caused by negligence or willful misconduct. The parent or guardian does not need to be present at the time of damage to accept this responsibility.

There are other circumstances where this is true as well. If your child has caused property damage, stolen something, or caused another person to require medical care, you may be held responsible for the monetary aspects of the charges. What this means is that you will be responsible for paying for the injured individual’s medical bills, for any stolen goods, or repair costs to the vandalized property.

Parents may also be held responsible for any court costs incurred as the result of a juvenile’s crime. They can also face negligence charges if it can be proved that a parent knew their child was a danger or nuisance and did not take reasonable steps to intervene. Additionally, if your child commits a crime against an individual, that individual has the right to sue you, the parent, in civil court.

It is important to recognize that these responsibilities only apply to children who are not emancipated and who are in the parent’s primary care. If your child does not live with you or is in the primary custody of another individual, you will generally not be considered responsible.

However, due to the costs associated with many common juvenile crimes, parents must take swift action and hire a juvenile criminal lawyer for their defense. Not only will it help save your child from extreme consequences that may follow them into adulthood, but it may keep you from being found responsible for their crimes.

A common question is whether or not a juvenile felony charge will appear on an individual’s background check as an adult. The answer is yes, it probably will. Most juveniles will have the opportunity to seal or expunge their records once they reach a certain age; however, until then, felonies will still be visible.

Having a felony conviction on your child’s record will affect many aspects of their life. It will impact what colleges they can get into, where they can gain employment, and where they will be able to live. Many landlords do not allow felons to rent property.

Even though your child is a minor now, a felony conviction can follow them well into adulthood. Do not let this happen. Hire a juvenile criminal defense lawyer who can help your child avoid such convictions. It could make a difference for the rest of their lives.

As a parent or guardian, you must know the fundamental rights of your child once they have been arrested. Legally, police officers or investigators are required to alert parents that their child is in custody. However it is a misconception that they may not question a minor without a parent. A minor may, however, refuse to answer questions until a parent, guardian, or lawyer is present. Once they make this request, questioning must stop.

Additionally, a parent or guardian has the right to refuse questioning of their child by law enforcement. If a police officer or investigator is questioning your child, tell them to stop right away. Do not allow them to continue questioning without a juvenile criminal defense attorney present. Do not let the police tell you that they are allowed to do so. This is against your child’s rights. If this happens, let your lawyer know immediately, as it may be grounds to have the charges dismissed in court under juvenile law.

With three convenient locations throughout South and Central Florida, there’s bound to be a Weinstein Legal location near you:

Hiring a juvenile criminal defense attorney is crucial if your child has been accused of a crime. No matter what the charges are, you must find a legal team that will represent them to the best of their ability. Not just for your child’s sake, but for yours as well, since you can be held financially responsible or negligent regarding the crimes your child has allegedly committed. Do not let your family be impacted and do not let your child’s future to hang in the balance.