Defense Attorney for Aggravated Battery on a Pregnant Female Charge 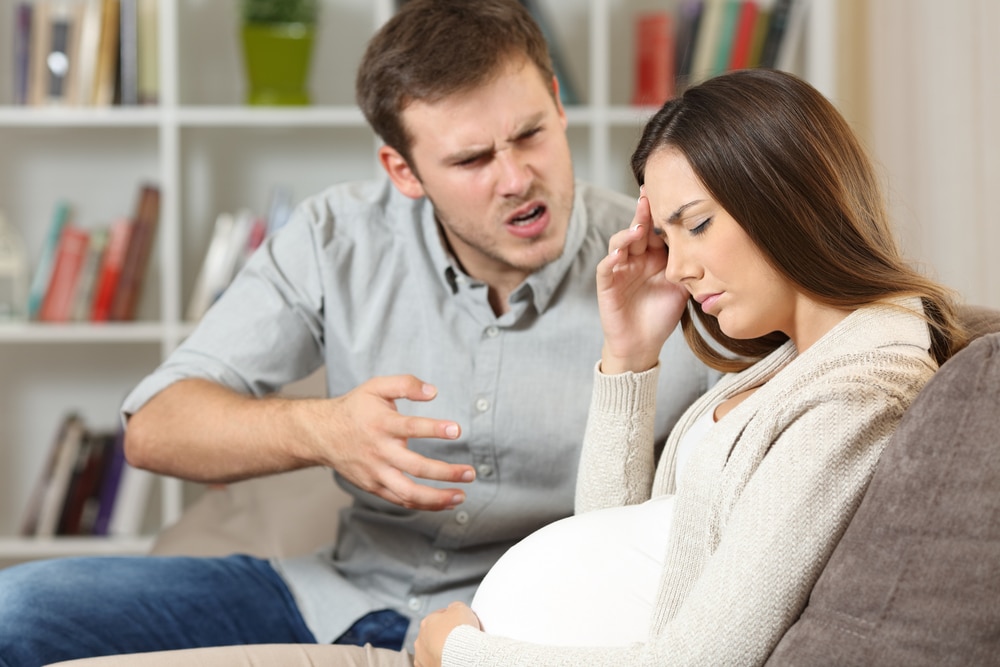 Whether or not you’ve been charged with a violent crime before, if you’ve been arrested for aggravated battery on pregnant women, there are a few major differences. The penalties for this crime are much more severe, regardless of the type of force or the level of injuries.

Attorney Matt Shafran of Weinstein Legal is a criminal defense lawyer in Florida, and he’s familiar with the particular nuances involved in this type of case. Call today for immediate, diligent criminal defense in Orange, Palm Beach, and Broward Counties.

Definition of Aggravated Battery on a Pregnant Woman – Florida Statute 784.045(2)(b)

Under FSS 784.045(2)(b), “A person commits aggravated battery if the person who was the victim of the battery was pregnant at the time of the offense and the offender knew or should have known that the victim was pregnant.”

In order to be prosecuted for aggravated battery under this section, the following elements must exist:

With regard to the third element, during the early months of the pregnancy, it’s entirely possible the defendant was unaware of the victim’s status. This defense is more difficult to employ if the pregnancy is visually apparent.

Aggravated Battery on a Pregnant Female

Most cases charged as an aggravated battery on a pregnant woman are domestic in nature. While it’s not unheard of for a stranger or acquaintance to attack a pregnant woman, it’s far more common for a woman to be attacked by a domestic partner or spouse.

Because the law places additional protection on vulnerable people — in this case, pregnant women — a crime that would otherwise be charged as a misdemeanor battery qualifies as an aggravated battery, which is a second-degree felony. Consequently, the police may charge a simple battery, like grabbing the arm or shoving the shoulder, as a felony.

Punishment for Aggravated Battery on a Pregnant Woman

Aggravated battery on a pregnant woman is a second-degree felony, punishable by up to fifteen years in prison and up to $10,000 in fines. Simple battery, on the other hand, is a second-degree misdemeanor, punishable by up to a year in county jail and up to $1,000 in fines. In many cases, an experienced lawyer, like attorney Matt Shafran of Weinstein Legal, can get aggravated battery on a pregnant woman charges reduced to a misdemeanor or dismissed altogether.

Mistakes to Avoid When Charged with Aggravated Battery

Whether you are aware that you made a mistake or you believe you’re innocent of your charges, it’s important that you don’t give the police information or evidence to use against you. Contact Matt Shafran for legal advice. In the meantime, these tips, which should not be construed as legal advice, may help you avoid complicating your case.

How a Violent Crimes Defense Attorney Can Help

Oftentimes, aggravated battery on a pregnant female charges are predicated solely upon the victim’s testimony. While this may be enough for an arrest, it’s usually not enough for a conviction. Without legal representation from a violent crimes defense attorney in Florida, though, you may make mistakes that will provide the prosecution with the evidence they need to make a conviction.

Many defendants accused of aggravated battery on a pregnant woman opt to use a public defender. The problem is that the Public Defenders’ offices in Orange, Broward, and Palm Beach counties are understaffed and overworked. Public defenders are under constant pressure to clear cases, and that sometimes leads to missed opportunities that could benefit their clients. Private criminal defense lawyers like Matt Shafran of Weinstein Legal have the ability to manage their own caseloads. They are answerable only to the client. When you’re facing charges for battery on a pregnant woman in Florida, it’s in your best interest to secure the best representation you can find.

FAQ About Aggravated Battery on a Pregnant Woman

As an aggravated battery on a pregnant woman lawyer, attorney Shafran is familiar with the concerns of his clients. Here are some of the most frequently asked questions by clients facing similar charges.

How Can I Prove That I Didn’t Know She Was Pregnant?

Every case is different, but if your accuser was in the early stages of pregnancy and you were not told, it will be up to the prosecution to prove how you did know. This is why it’s important not to make any statements without your attorney present.

Does It Matter if the Injuries Are Minor or Non-Existent?

Injuries are not a required element of battery charges, but in the absence of injuries, it’s more difficult for the prosecutor to prove the battery, or in this case, the aggravated battery. However, the severity of the injuries may be a mitigating or aggravating circumstance that can affect the penalty.

If you’ve been accused of aggravated battery on a pregnant female in Florida, you need to speak to an attorney. Call Matt Shafran today.